The Council and democracy Resources and Governance Scrutiny Committee's Investigations

Over the previous 12 months the Resources and Governance Scrutiny Committee has continued to examine a wide range of issues within its remit to ensure that the Council uses its resources effectively and efficiently to deliver services for Manchester residents. It has also looked at governance arrangements of the Council and its partners in the public sector to ensure the views of local residents and their representatives are reflected in decisions they take.

In June 2018, the Committee considered a report regarding the governance arrangements of the Greater Manchester Combined Authority and the Greater Manchester Mayor, as earlier in the year the Mayor of Greater Manchester had submitted a report to the GMCA on the subject of a “GMCA Governance Review.  The report also addressed how current avenues for involvement in GMCA governance could be undertaken by individual members of constituent councils who were not appointed to a GMCA bodies.  At a more local level, the Committee has also considered the impact of General Data Protection Regulations (GDPR) on the Council, which has introduced a much more enhanced data protection regime.  At its core it brings a 21st century modernising approach to the processing of personal data in the digital age, imposing new obligations on data controllers, such as the Council, data processors (persons who handle information under outsourcing arrangements) as well as expanding the rights individuals have over the use of their personal information impacting people, processes and technology across all business functions.

July 2018 saw the Committee’s attention focus on the Council’s ICT provision. The Committee was advised that there continued to be progress in all of the major ICT projects and some of the controls put in place such as the Design Authority, and Project Prioritisation Group and ICT Board were allowing ICT to plan the timing of key changes more efficiently. This was having a positive impact on resource planning and cohesion of interdependent projects and programmes of work.  ICT remains an ongoing concern for the Committee, and while Members were satisfied that significant progress had been made over the course of the year, they felt it would continue to warrant close scrutiny next year. July also saw the Committee appraised of the significant progress that had been made with delivery of the objectives of the Our People Strategy and with the benefit of a now much stronger foundation of basic people management processes, an assessment has been made of the delivery priorities for the year ahead, which include maintaining a focus on optimising workforce resources, including improvements in staff attendance; reductions in the use of agency staff, management of workforce under spends and embedding integrated teams across the wider health and social care partnership.

As in previous years, the Committee’ s meetings in late 2018 and early 2019 were dominated by the Council's draft budget proposals and Directorate Business Plan reports and accompanying Delivery Plans.  Whilst raising some concerns, the Committee endorsed the recommendation that the Executive approves the budget proposals for inclusion to Full Council for final consideration.

In February 2019, the Committee considered the Council’s approach to managing staff performance and misconduct in line with the organisation’s agreed policies and in doing so considered case numbers, key issues and trends in relation to the Council’s Disciplinary and Capability policies as well as broader information on the work of HROD to strengthen the organisation’s approach to people management.

As in previous years, the Resources and Governance Scrutiny Committee re-established both its HR Sub Group and Ethical Procurement Sub Group, the latter of which received regular reports throughout the year on how the Council is delivering Social Value through a number of its key contracts, including the Our Town Hall Project and the Council’s Highways contracts.  As well as this, the Committee has also considered the Council’s position in terms of working with contractors who have, in the past, undertaken blacklisting activities and in doing so have considered the lawful actions that can be taken relating to these organisations/contractors.  The HR Sub Group has kept a watchful eye on how the Council’s Human Resources were supporting the Council it to achieve its aims and objectives within the Our Manchester Strategy.  The Sub Group also took an interest in gaining a better understanding of Directorates work force strategy proposals and the results and outcomes of the Councils 2018 BHeard survey.

To find out more information have a look at our full work programme.  This includes what topics we will be looking at, what specific issues we will be considering and who we will be hearing evidence from. Please bear in mind that the programme is continually updated, and so dates and agenda items may change from those listed in the programme.

If there's an issue you want to contribute to, let us know.  You can either send a written contribution to scrutiny@manchester.gov.uk or you can attend a meeting and ask the Chair if you can speak. You can also suggest a topic for us to look into by filling in our 'suggestions form.'

If you want to speak to somebody about contributing to the committee, please call our scrutiny support officer on 0161 234 3071 or email scrutiny@manchester.gov.uk.

The Role of the Committee 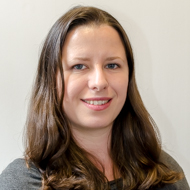 As Councillors on the Resources and Governance Scrutiny Committee we have two broad roles. One is to keep a close eye on the Council's finances and the other is to make sure that the Councillors you have elected can voice your concerns in an effective way to different public services, such as the Council, NHS, Police and Fire. We have discussions with these organisations and use our local knowledge of Manchester to recommend to them how they can ensure their services meet your needs.

Our areas of interest include finances, Council buildings, staffing, corporate and partnership governance as well as Council tax and benefits administration.

Through this page you'll be be able to keep in touch with what we've been doing and find out what we'll be investigating over the next few months and how you can get involved.