Over the previous 12 months the Economy Scrutiny Committee has continued to examine a wide range of issues within its remit which contribute to how the City’s economy is growing and how Manchester residents are benefiting from this growth. The Committee has a key role to play in supporting the City’s economic ambition by looking at how the Council and its partners are supporting Manchester residents to improve their skills and employment potential.

During the last year, the Committee considered proposals contained within both the Manchester Piccadilly Strategic Regeneration Framework and the Northern Gateway Strategic Regeneration Framework.  The former represents one of the biggest development opportunities in the UK with the introduction of High Speed 2 (HS2) and Northern Powerhouse Rail (NPR) services, with the potential to make a significant impact on both the growth of the city centre and the city, but the national economy, whilst the latter provides a unique opportunity to deliver approximately 15,000 new homes over the next 15-20 years making the most significant individual contribution to the City Council’s and the Greater Manchester Combined Authority’s (GMCA) strategies for Residential Growth.

To support the city’s economic recovery, off the back of the long recession and austerity period that began in 2008, the Council developed an ambitious Residential Growth Strategy which targeted the delivery of 25,000 new homes in Manchester between April 2015 and March 2025.  In December 2018, the Committee considered a refreshed approach to delivering the Council’s affordable housing strategy, which aims to ensure Manchester has the right mix of housing that is affordable across a range of tenure and income levels to support a functioning Manchester and sub-regional economy.

The Economy Scrutiny Committee has also considered reports on the economic impact of the City’s Age-Friendly Manchester Strategy, which aims to address the priority areas of employment in the over 50s, as well as receiving further updates on Working Well - an employment support programme delivered across Greater Manchester, to help support people to address barriers to work and employment.  Large employers have now started to contribute to the apprenticeship levy and increasingly employers are involved in shaping apprenticeship standards.  In addition, public sector employers have an apprenticeship target and there will be opportunities through the health and social care system to develop new and more apprenticeships.

In December 2018, the Committee also considered proposals for the Council to support Manchester College’s Estates Strategy to develop leading edge facilities for post-16 education and skills training, serving Manchester and the wider Greater Manchester (GM) area through the creation of a new state of the art city centre campus.

A clear priority within the Our Manchester Strategy commits the Council and its partners to develop an “integrated, smart and clean transport network that reflects the changing shape of the city and the way people need to move around”.  To support this the Council is revising its City Centre Transport Plan.  At both its June 2018 and February 2019 meetings, Economy Scrutiny has considered proposals and initial outcomes of a conversation with city centre residents, businesses and visitors about the transport challenges and opportunities that arise from a growing city centre in order to shape the content of the revised strategy.  In connection to this it has also considered the progress that is being made with the wider Greater Manchester 2040 Transport Strategy and how Manchester plays its part in contributing to the vision and delivery of the strategy.  In particular, the Committee has considered how buses currently operate within Manchester and has provided feedback to Transport for Greater Manchester on how the current bus network across the City warrants improvement, identifying particularly where gaps in terms of network coverage exist

February 2019 saw the Committee consider revised proposals connected to the Greater Manchester Spatial Framework (GMSF) and the associated Manchester Local Plan, both of which have important roles in supporting the continued sustainable and inclusive growth of city’s economy through not only ensuring that the right planning policies are in place will be important if this objective is to be achieved but also ensuring ensure that the City develops and grows in a way that promotes an inclusive economy and an inclusive society.

The Committee has also kept abreast of the performance of the Family Poverty Strategy, which was launched in October 2017.  Manchester has one of the highest rates of child poverty by local authority area with 43.6% of children under 16 living in poverty according to the most recent End Child Poverty estimates.  The Family Poverty Strategy supports the delivery of the Our Manchester; Our Children: Manchester’s Children and Young People’s Plan 2016-2020 which seeks to improve outcomes for children by decreasing risk and increasing resilience.

Welfare Reform continues to impact on the City’s poorest residents and neighbourhoods and at its March 2019 meeting, the Committee received an update on the implementation of Welfare Reform including the roll-out of Universal Credit across the city and the impact on Manchester’s residents and the city’s economy.  The cumulative impact of these reforms has been significant for those Manchester resident’s dependent on benefits for some or all of their income and, unsurprisingly, the effect is disproportionate in some of the City’s poorer neighbourhoods.  Whilst the Council is mitigating the impact where it can, given the number of residents affected, the Government’s programme of welfare reform presents significant challenges for the City

To find out more information have a look at our full work programme. This includes what topics we will be looking at, what specific issues we will be considering and who we will be hearing from. Please bear in mind that the programme is continually updated, and so dates and agenda items may change from those listed in the programme.

If there's an issue you want to contribute to, let us know. You can either send a written contribution to scrutiny@manchester.gov.uk or you can attend a meeting and ask the Chair if you can speak. You can also suggest a topic for us to look into by filling in our 'suggestions form.'

If you want to speak to somebody about contributing to the committee, please call our scrutiny support officer on 0161 234 3071 or e mail scrutiny@manchester.gov.uk.

Role of the Committee 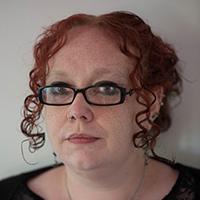 Our main priority as members of the Economy Scrutiny Committee is to look at the issues that affect the Manchester's economy and how these issues affect the city's residents. We work closely with the Council and its partners to ensure that they are doing everything they can to maximise the benefits for residents from improvements to the economy and to ensure that they are protected in less prosperous times.

Our areas of interest include economic growth, strategic transport, employment and skills development, tourism and the regeneration of neighbourhoods.

Through this page you'll be able to keep in touch with what we've been doing, find out what we'll be investigating over the next few months and how you can get involved.