Manchester’s Giant Santa has returned to his favourite spot in the city, taking his rightful place outside Central Library in St Peter’s Square - ready for the festive fun. He's the final addition to a twinkling trail of light sculptures that will adorn the city centre until after the New Year.

Clocking in at 12 metres high and weighing 2.3 tonnes, our festive mascot has been carefully re-constructed. And although he's known for his red suit, he's a greenie at heart - he's powered by thousands of low-energy LED light bulbs that transform him into the sparkly Christmas icon that he is. Also in St Peter's Square is our Christmas tree, which is made from recycled materials and gets reused each year as a commitment to the sustainability of the city’s festive events.

Santa will be joining the festive cheers – using his Twitter account @MCRSanta, so make sure to tag him in your Christmas snaps and use the hashtag #McrChristmas to keep him in the loop! 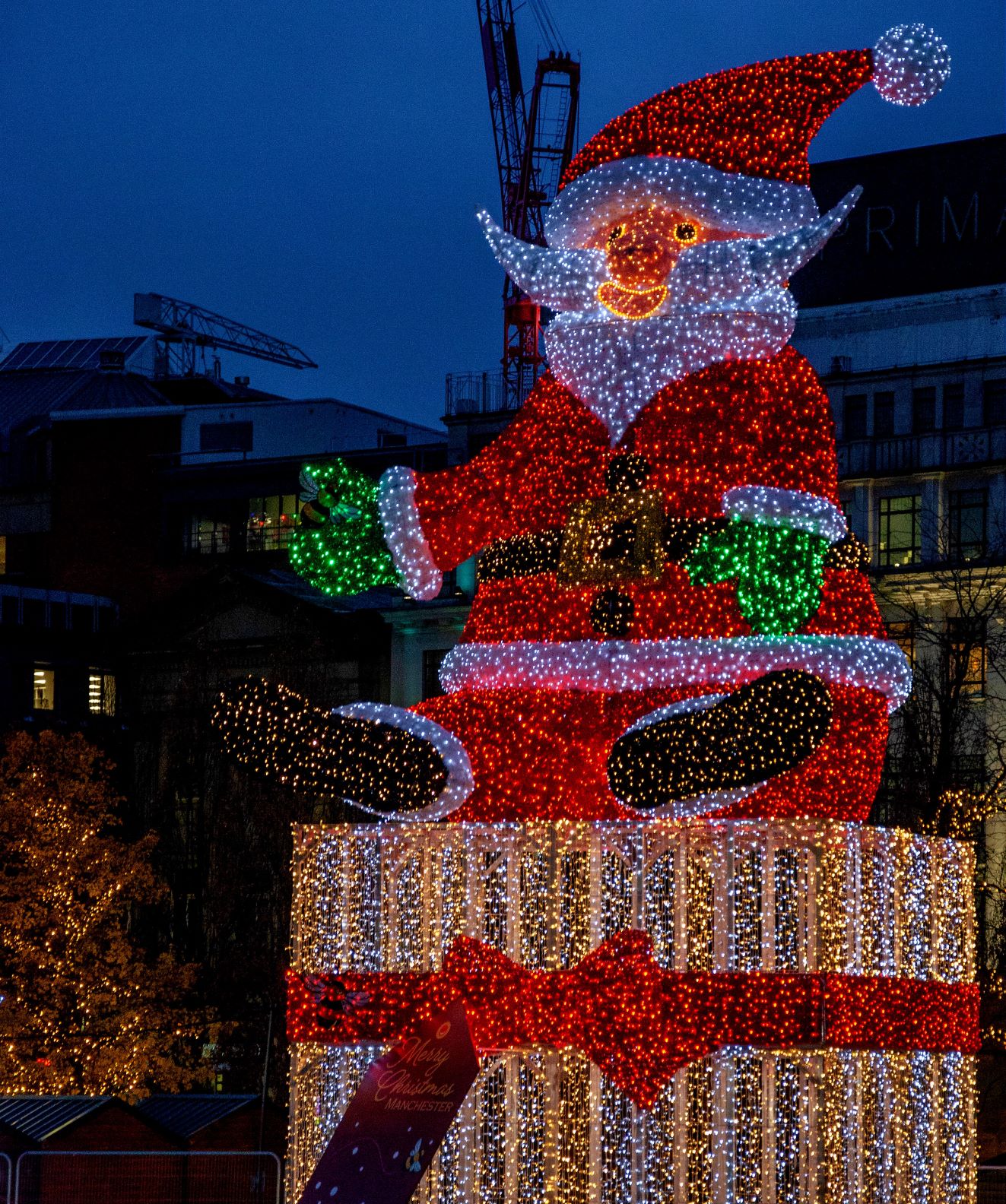 Santa lit up and ready for Christmas in St Peter's Square

A fantastic series of light sculptures has been installed throughout the city centre; they can be found in Albert Square, St Peter's Square, Brazennose Square and Winter Gardens. This year the (very-popular-for-selfies) sparkling Manchester Bee is in St Peter's Square.

It wouldn't be Christmas in Manchester without the beautiful model nativity in St Ann’s Square.