The Council and democracy The Lord Mayor of Manchester 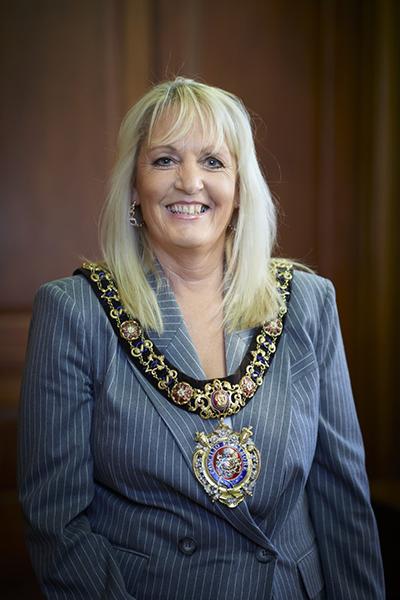 Councillor Donna Ludford was born on 31 January 1969 at Duchess of York Hospital, Manchester. Following a major accident involving both her parents, Donna was placed into Manchester’s care system at the age of just six months.

Donna was moved to every corner of the city and lived in more than twenty homes, including foster homes, children’s homes and family group homes. She attended over twelve schools from a very young age; however, she attended one stable high school, which was Parrs Wood in Didsbury.

Life has been extremely difficult for Donna, and from a very young age she has had to deal with abuse, neglect and incredible hardship. Yet through adversity and a will to achieve and provide for her four children, Donna took a part-time job as a cleaner at Manchester City Council in the mid-1990s. She then went on to become a caretaker, a volunteer youth worker, and an educational support worker with Manchester Pupil Referral Unit.

During her time at the Pupil Referral Unit, Donna discovered a passion for working with children struggling with their education, in particular, looked after children and the most vulnerable in our society.

In 2013, Donna was elected for Ancoats & Clayton, and following the boundary changes became a Councillor for Clayton & Openshaw. Donna has a passion for helping her residents and making sure they have a voice.

Donna has been the Deputy Chair and the Chair of Licensing Committee for the past eight years. She has enjoyed chairing many meetings and has sat on many committees during her time as a councillor.

Donna and Sean have raised four children in an inner-city area (council estate) where at times it can be challenging, but all four are a credit to their parents and still striving to achieve their goals in life. The birth of their first granddaughter during the lockdown has been incredibly life-changing, and as a family they all adore her, and she is the centre of their world.

Donna says she is honoured and humbled to have been elected Lord Mayor. Her primary issue will be on the Year of the Child, especially focusing on young people in the care system and care leavers.

Councillor Sean McHale was born at St Mary’s Hospital, Manchester in the 1960s and lived on Croft Street in Clayton. Just after his first birthday Sean moved to Ancoats, where he spent his childhood. At the age of 11 Sean joined the Ardwick Lads Boxing Club, where he still volunteers today. Sean attended St Anne’s RC Primary School in Ancoats and then St Thomas More RC College.

Sean has lived and worked in many places since leaving school, including the Canary Islands, Oxford, and the Middle East. When Sean finally settled back in Manchester, he became a youth and community worker and then quickly found his way into education, managing a Pupil Referral Unit in Manchester for more than twenty years.

Sean met Donna in 1995; they have four children, one granddaughter, and a German Shepherd called Dexter.

In 2018, Sean stood in the local elections and was elected as a councillor for Clayton & Openshaw ward, where he is still a councillor today.