Sports, leisure and the Arts Brave men who fought at Manchester Hill

Albert was captured on 21 March 1918 on first day of the German Spring Offensive and sent to a POW Camp at Mannheim. 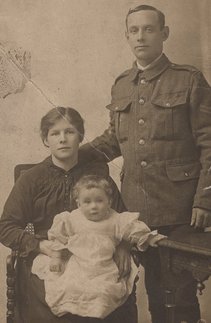 Dear Brother and Sister, just a line hoping you and all at home are in the pink. I was very glad to know that you and our kid had been to see Annie. I am in the pink and still sweating on those happy days to come. Wishing you, and Ma and Pa, and all at home the best of health and brotherly love. Yours sincerely, Albert.

A brief summary of his service exploits:

Read about the battle of Manchester Hill