The Council and democracy Communities and Equalities Scrutiny Committee's Investigations

During the 2018 – 2019 municipal year, the Committee has considered a wide range of issues within its remit, including Community Cohesion, Domestic Abuse and Sport and Leisure.

During the year, the Committee continued to consider the implementation of the new Our Manchester Voluntary and Community Sector (VCS) funding programme and established a Task and Finish Group to contribute to the improvement of the process for future funding rounds.  The Our Manchester VCS Fund Task and Finish Group held four meetings where Members considered the existing process, heard evidence from VCS groups on their experiences of the first round of funding applications and discussed how the process could be improved.  The Task and Finish Group reported back to the Committee at its March 2019 meeting with a series of recommendations to improve communication, the co-design process, decision-making, programme management and strategic development.  The Committee endorsed the Task and Finish Group’s recommendations and has requested a report in the new municipal year on the progress with their implementation.

The Committee has also considered information on the co-design process and recommendations for a new VCS infrastructure service contract, as the existing provider’s contract comes to an end.  The Committee discussed what support services the new organisation should provide to VCS groups in the city and the importance of the offer being clearly communicated.  During the year, the Committee has also scrutinised Community Asset Transfers, whereby VCS groups have taken over responsibility for Council premises, and emphasised the importance of greater clarity on the support provided by the Council and by the infrastructure organisation through this process.

During the year, the Committee has scrutinised Greater Manchester Police (GMP)’s priorities for the additional resources raised through the Council Tax precept and will continue to do so in the new municipal year.  At its June 2018 meeting, Members questioned Chief Superintendent Wasim Chaudhry on GMP’s priorities, including highlighting issues raised by local residents and traders.  At this meeting, the Committee also looked at how the Community Safety Partnership was responding to violence impacting on young people, including knife crime.

As in previous years, the Committee has continued to scrutinise the development and implementation of the Our Manchester Disability Plan (OMDP).  In January 2019, the Committee looked at the progress, challenges and achievements in relation to the OMDP, hearing from representatives from a range of partner organisations who have been involved in this work.

At its January and March 2019 meetings, the Committee looked at the Council’s Events Strategy, including large-scale events, which generated significant economic value and raised the city’s profile, and local community events.  Members discussed the funding of community events and have requested further information on which groups have been funded through the Community Events Funding Programme 2019-2020 to ascertain whether previously-funded events have an advantage over groups proposing new events.  The Committee also heard from the Executive Member for Schools, Culture and Leisure on how the Council was looking to generate income from parks and events which could be invested in community events, as well as supporting groups to identify other sources of funding.

In February 2019, the Committee considered the issue of begging and what steps the Council and GMP were taking to address this.  Members discussed the difficulty of separating the issues of rough sleeping and begging, as well as the work taking place to gather information in relation to organised begging.  The Committee will continue to scrutinise the issues raised in the new municipal year.

At its March 2019 meeting, the Committee received a report on Equalities Performance Management, including progress against the Council’s equalities objectives, plans to develop new equalities objectives and an overview of the Council’s Equality Delivery Plans for 2019–2020.  The Committee also heard from a number of the Council’s Directorate Equality Champions about work they were progressing within their Directorates to address equality issues.  The Committee raised a number of issues, such as the need to embed equality into the induction process for new staff, which officers have been asked to take forward.

To find out more information have a look at our full work programme.  This includes what topics we will be looking at, what specific issues we will be considering and who we will be hearing from.  Please bear in mind that the programme is continually updated, and so dates and agenda items may change from those listed in the programme.

If there's an issue you want to contribute to, let us know.  You can either send a written contribution to scrutiny@manchester.gov.uk or you can attend a meeting and ask the Chair if you can speak. You can also suggest a topic for us to look into by filling in our 'suggestions form.'

If you want to speak to somebody about contributing to the committee, please call our scrutiny support officer on 0161 234 4497 or e mail scrutiny@manchester.gov.uk.

Role of the Committee 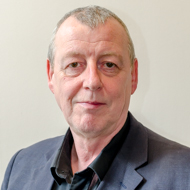 "As members of the Communities and Equalities Scrutiny Committee, we challenge public services to work together to make Manchester a safe city. We also test how the Council and its partners are making sure their services are equally easy for all Manchester's diverse residents to access. We have discussions with these organisations and use our experience of representing residents from a wide range of backgrounds to recommend to them how they can ensure their services meet the needs of all Manchester residents.

Our areas of interest include cohesion, equality and inclusion, services for older people, advice services, young offenders, domestic violence, crime and policing, the voluntary sector, culture, libraries and theatres, and leisure and sport.

Through this page you'll be be able to keep in touch with what we've been doing and find out what we'll be investigating over the next few months and how you can get involved." - Councillor John Hacking, Chair of Communities and Equalities Scrutiny Committee.