This consultation was promoted using leaflets distributed to approximately 2,350 properties along the routes, in addition approximately 1,600 leaflets that were handed out upon request at events or dropped off at libraries and businesses.

The proposals were published at public events, local radio media releases, social media and information on the TfGM website was provided.

People who responded via the web page and drop in session, were asked to rate if they agreed or disagreed with the measures being proposed.

For the whole scheme, responses indicate a high level of support. 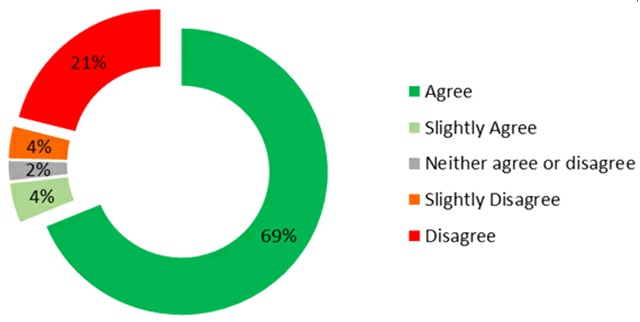 A number of comments were received during the consultation including:

What we have done

Following concerns raised through consultation, we are now not providing Copenhagen Style bus stops as part of the scheme. We will look to provide bus stop by-passes where possible, similar to those already provided on Oxford and Wilmslow Road.

Proposed one-way streets at Ollerton Avenue and Ashley Avenue have been removed from the plans, following concerns raised by residents.

Traffic modelling of the wider area has been carried out to review concerns over rerouting of traffic due to proposed banned movements at signalised junctions. There is still some work to complete to fully understand the model.

A review of the proposed banned movements at signalised junctions will now be undertaken. This is to gauge the predicted impacts on the adjacent road network and, where possible, either eliminate these impacts or mitigate against them by providing traffic management measures on these impacted roads.

Comments and next steps for each area

See detailed comments and planned next steps for each of the four areas of this scheme:

In addition, we will look at impacts on parking along the route, and identify potential parking mitigation measures. This will be ongoing throughout the development of the scheme.