This consultation is now closed

Local authorities are now able to apply for powers to enforce laws against Moving Traffic Offences. Previously these powers could only be enforced by the police.

We would like to be able to gain these powers so that we can target key areas in the city to:

To gain these powers we need to carry out a consultation with residents and road users to gain views.

What are Moving Traffic Offences

The main offences we are targeting at this stage are:

Banned left or right turns – when a driver ignores signs informing them which direction they should take. Ignoring these can be dangerous and could result in an accident. 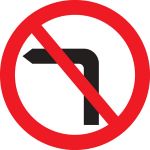 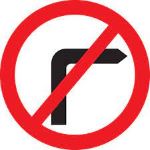 The full list of offences we will be looking to target are listed in the appendix. Download Appendix 1 showing the restrictions that can be enforced

Whilst the powers allow enforcement across the city, we want to focus on the areas that are creating the most problems. To guide this, we carried out a two-week camera survey on 15 locations using the following criteria:

From this survey seven target areas have been chosen to take forward for consultation with residents and road users, including:

Open a larger version of the map