Sports, leisure and the Arts Historical buildings and landmarks

Heaton Hall and The Orangery

The hall was built in phases. The central block, and the west wing were finished by 1778. The east wing was completed in 1789. 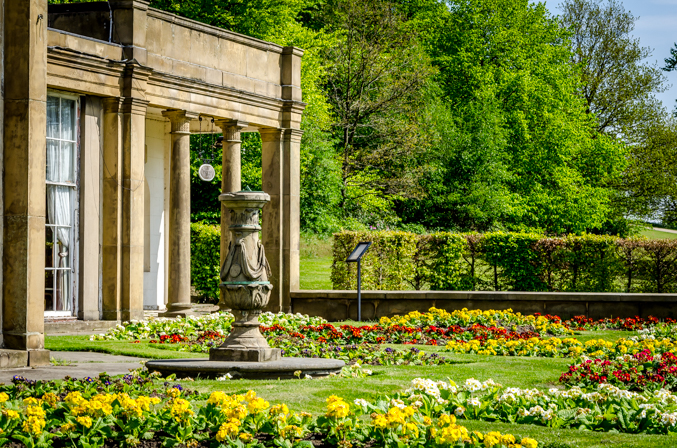 The entrance into the house is on the north side, but the main façade is on the south side. This is of a traditional Palladian design. It has a central block with a semi-circular bow topped by a dome, flanked by colonnaded wings ending in octagonal pavilions containing the kitchen and library. The main entertaining rooms are ranged in line along the ground floor behind this façade.

The ground floor rooms on the north east front have been converted to a space for exhibitions.

At the front of the Hall is the 'ha-ha'. This is a wall that drops down from the lawn. It gives a clear view across the park but kept the animals off the lawn.

From Easter, through to the Heritage Open Weekend in September, the Hall is accessible to the public for tours. Visit our events calendar for dates.

Find out more through the Friends of Heaton Hall group

The Orangery was added to the house around 1823. It was designed with a domed, glazed roof, with by a garden at the front with two large copies of the Borghese Vase.

The roof was removed after the park was bought in 1902.

The Orangery overlooks landscaped gardens and is lit entirely by natural light.

The Orangery is currently not open to the public.

Find out more information about the history of the park