In the 1850s Madox Brown was associated with the Pre-Raphaelites when he produced his masterpiece 'Work', which is now in Manchester Art Gallery.

The murals are later works, begun in 1879 but not completed until 1893, the year he died. During this period he moved from London with his family, living first at Crumpsall, then at Victoria Park.

The choice of subjects stresses the importance of Christianity, commerce and the textile industry in our city's history. The murals are a monument to the ideals of the leaders of Victorian Manchester. Madox Brown did a great deal of research to check the details for accuracy, and he wrote the descriptions himself.

The murals, except for the last five, were painted directly on to the wall, not in true fresco as the pale colours would soon have become grimy, but using a Victorian technique, the Gambier Parry process of spirit fresco. The last five murals were painted on canvas after Brown's return to London. 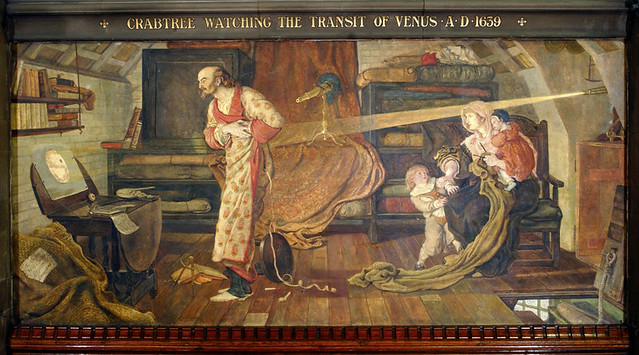